While Hawaii is a common vacation destination, more so for those living in California, I never visited any of the islands until I was well over 40. That was mostly because it was just too expensive to get there. It also isn't the sort of vacation I was interested in when I was on my own. In the past decade, however, I've been able to travel many places that I couldn't before. And I've been blessed to have someone to travel with. Starting in 2006, I traveled to the Big Island with Sandy and we returned again in 2009 when we were married there. We went back again in 2012 and in the years between we made two trips to Kauai. This gallery contains a number of photographs from all of those trips.
Read More 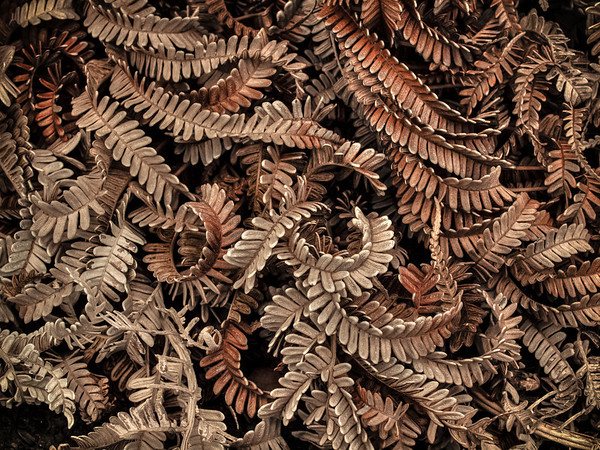 This particular photograph is one I am quite pleased with - and I am also somewhat frustrated with it. I like the composition but I felt somewhat rushed as my wife was hiking away and I was falling behind that afternoon. So, even though I took the time to compose the shot, I didn't check the depth of field and there are portions that could have been in focus - if I'd just spent a little more time. Lesson to be learned - don't rush things if you don't have to.

There is another version of this in the "Processed" gallery where I applied some filters in an attempt to see if the composition could hold things together and the lack of focus could be lessened as an issue.